Galapagos Species Found: A New Tortoise and a No-Longer Bird 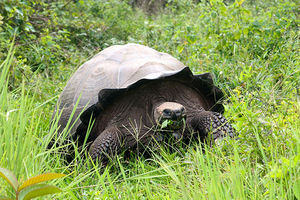 Museums are known for being our keepers of the past; our depositories of history. But when it comes to the exceptional and extraordinary Galapagos Islands, museums hold the secrets to brand-new, modern-day animal discoveries.

Could there be even more new species hiding in plain sight on the Enchanted Isles?

A new tortoise from old bones 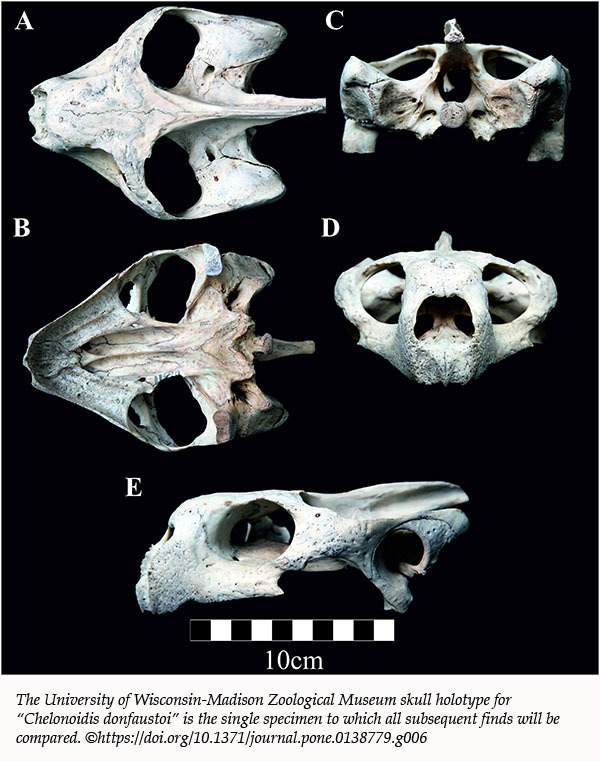 Strange to say, the University of Wisconsin-Madison Zoological Museum houses one of the largest collections of materials from the Galapagos Islands in North America. In a long-standing partnership with the Ecuadorean National Park Service, this Midwestern U.S. museum prepares and curates salvaged animal remains found in the Galapagos, returning most of them to Ecuador with the balance staying in Madison. Scientists from Wisconsin and around the world are welcome to use the specimens in their scientific studies.

In 1991, the zoological museum acquired a small sample of skull bone (about the size of a paper clip) and a couple of scutes—the keratin plates that overlie the bones making up the shell—from a tortoise living on Santa Cruz Island. Those specimens were loaned to researchers at Connecticut’s Yale University in 2009. From those remnants, the Yale scientists identified a giant tortoise that is so genetically different from the rest of the island’s giant tortoises that it deserved its own species designation: Chelonoidis donfaustoi. Today, there are about 250 of these animals living in the arid, eastern interior of Santa Cruz.

The UW–Madison Zoological Museum specimens that were sent to Yale are considered a holotype, which is a big deal in the museum world. It means that these samples constitute the defining scientific example of the new tortoise species, and that they are the single representation of the species to which all subsequent finds will need to be compared. Given that Galapagos tortoises can live to be 150 years old, the UW–Madison Zoological Museum’s claim to have the holotype for an iconic animal of evolutionary biology may last for a long time. In total, the museum has only eight holotypes—including a subspecies of cougar from Wisconsin and some frogs from Papua New Guinea—in its collection of 500,000 animal specimens. 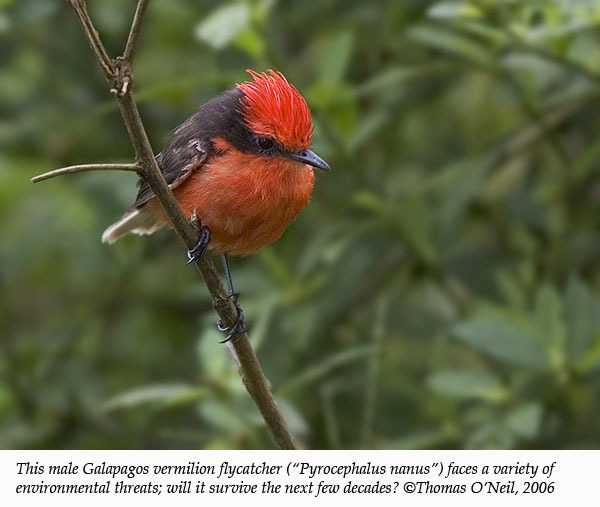 A much-missed bird from molecules

In a paper published in the journal Molecular Phylogenetics and Evolution less than two years ago, researchers from the California Academy of Sciences, the San Francisco Bay Bird Observatory, San Francisco State University and the University of New Mexico revealed that they had found something that no one had seen before: a new species of flycatcher. By using molecular data from samples of museum specimens and advanced genetic techniques, they determined that the San Cristobal vermilion flycatcher (Pyrocephalus dubius) is—or was—genetically and morphologically distinct from its nearest relatives. Previously considered to be a subspecies, the bird has now been elevated to species status. Sadly, its last sighting on the wing was in 1987.

Without the California Academy of Sciences, this finding wouldn’t have been possible. The academy houses the largest collection of Galapagos bird specimens in the world. Animal samples collected and preserved more than 100 years ago allowed the team to carry out DNA sequencing and thus piece together the bird’s evolutionary history.

The scientists also found that the Galapagos flycatcher (Pyrocephalus nanus), a bird that is still found across most of the island chain, should be elevated from the subspecies classification to the species level. 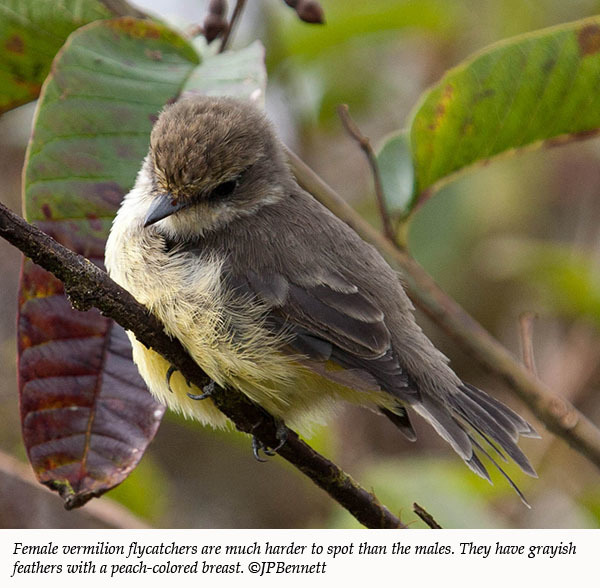 The exact cause of this extinction is unknown, but the other vermilion flycatchers currently face threats from invasive rats, which eat the birds’ eggs, and a parasitic fly called Philornis downsi, which attacks and kills chicks. Could the San Cristobal vermilion flycatcher’s fate soon befall them? Several populations of Galapagos flycatchers have already disappeared or are in serious decline, with some islands now hosting as few as 20 of the birds.

There is some evidence that Pyrocephalus nanus, too, may actually be multiple species. The authors of the Molecular Phylogenetics and Evolution paper are calling for immediate conservation measures to protect this newly recognized species’ genetic diversity before it goes the way of the San Cristobal vermilion flycatcher and disappears.

A matter of museums

Having a modern bird species go extinct in the Galapagos is an important landmark. Understanding why these birds have declined is a conservation call to arms.

These tortoise and bird stories show how important that access to museum collections is for maintaining the present-day biodiversity of the islands. Far from being just keepers of our past, museums may help show us the way to best protect the future.

Raymond Katebaka
over 1 year ago

Rachel Davies
over 1 year ago

Bintoora Adonia
over 1 year ago

Chris du Plessis
over 1 year ago

Candice, thank you. I always enjoy reading your articles.

Teresita Bastides-Heron, Ms.
over 1 year ago

I enjoy your articles Candice more especially if they are environmental issue from my native country Ecuador.