Galapagos Tourism Declined Slightly in 2019. Is That a Bad Thing? 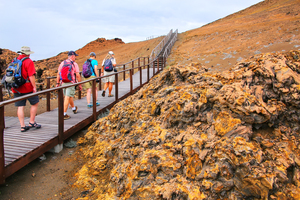 According to the recently released 2019 Galapagos National Park visitor statistics report, 271,238 people visited the Galapagos Islands last year. This represents a slight (1.7%) decrease from 2018. You can read the full report (in Spanish) here.

One contributing factor, however, was a notable decline in the number of Ecuadorians who visited the islands (from about 94,000 in 2018 to about 89,000 in 2019—a 5% drop). Ecuadorians make up roughly a third of all Galapagos visitors, the largest cohort by nationality. Soaring public debt and a decline in oil prices (Ecuador’s biggest export) may have played a role in their decision to stay home in greater numbers last year.

There was also a decline in overall visitor arrivals during the fourth quarter of the year. This may in part be due to international media coverage of the widespread and sometimes violent protests that erupted in Quito in October after the government announced new austerity measures aimed at addressing the debt crisis. While visitation from most countries grew (most notably France, which was up by 25%), the year-over-year increases were smaller than in recent years.

A Much Needed Reprieve? 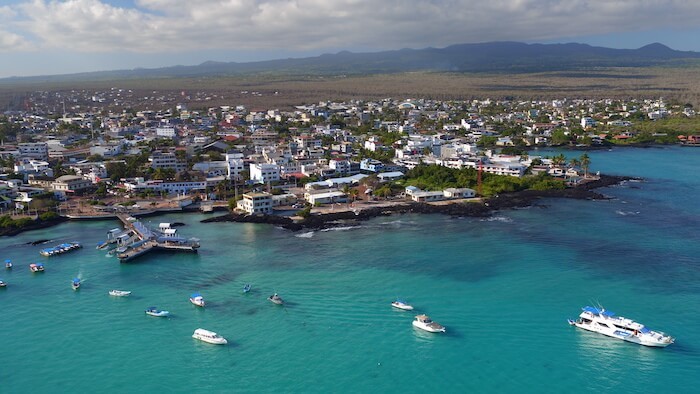 Whatever its cause, many conservationists and scientists will undoubtedly greet this dip in tourism with a measure of relief. Since 2010, Galapagos tourism arrivals have increased by a whopping 56% (from around 173,000 to 271,000).

The driver of this growth is the ever-increasing popularity of land-based tourism. Between 2007 and 2015, the number of visitors participating in land-based tours increased from 79,406 to 140,323 (77%), while ship-based tourism decreased from 82,444 visitors to 75,368 (an 8.6% decrease). Unfortunately, authorities stopped collecting data on land vs shipped-based tourism in 2015, but there is no reason to assume that this trend has not continued.

In 2016, the United Nations Educational, Scientific and Cultural Organization (UNESCO) released a State of Conservation Report on the Galapagos Islands. Chief among the concerns addressed in the report is the lack of a clear strategy to discourage rapid and uncontrolled tourism growth. This growth, according to UNESCO, poses a direct and immediate threat to the biosecurity of the archipelago.

Increased tourist arrivals and the concomitant increase in the size of the local population have resulted in ever-increasing cargo shipments and air traffic, the primary vectors for the arrival and dispersal of new alien species from the mainland. And alien species represent the most serious threat to the biodiversity and ecological integrity of the islands. Simply put, barring significant improvements in biosecurity, a huge increase in tourist arrivals means a huge increase in the odds that some new and potentially devastating organism will arrive upon Galapagos shores. 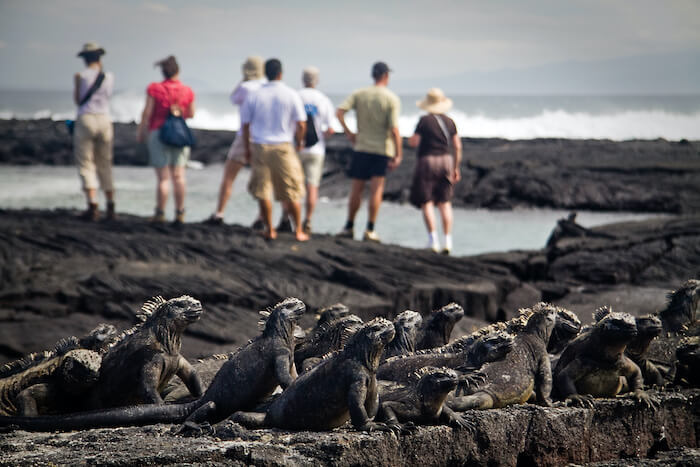 IGTOA’s position on this issue is that land-based tourism isn’t inherently better or worse than ship-based tourism. In fact, many of our member companies sell land-based tours. This mode of tourism simply needs to be better regulated and controlled. For decades, almost everyone who visited the islands booked a multi-day cruise. Strict rules were implemented early on to govern the number and size of tourist vessels operating in the islands, placing a de facto limit on the total number of ship-based visitors each year.

Unfortunately, no such regulations were in place to govern new hotel development as demand for land-based tourism began to soar over the past two decades. The result has been an explosion in the number of overnight accommodations catering to land-based tourists, from just over 60 a decade ago to more than 300 today.

In 2018, IGTOA sent a letter to Ecuador’s minister of the environment urging the government to regulate land-based tourism as stringently and carefully as it regulates ship-based tourism. To their credit, authorities are attempting to get ahead of the problem and new standards and regulations governing new hotel development have been enacted.

But it’s a complicated situation, the stakes are incredibly high, and it is still unclear what the future holds. So for now, even a reprieve from the Galapagos tourism boom, regardless of the reasons behind it, is a good thing.

cialis 20mg
about 1 year ago