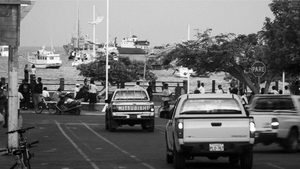 On Sunday, June 3, The New York Times published an article about the rapid growth of land-based tourism in the Galapagos Islands. The impetus for the story was a letter sent in February by IGTOA to Ecuador’s tourism minister, Enrique Ponce de León, expressing IGTOA’s concern about the rapid growth of land-based tourism over the last decade. In the letter, IGTOA called upon Ecuador’s government to more carefully regulate this rapidly growing section of the islands' tourism industry.

Between 2007 to 2016, according to Galapagos National Park statistics, overall visitor arrivals in the Galapagos Islands increased by 39 percent (from about 161,000 to more than 225,000). During that same period, the number of visitors participating in land-based tours increased from around 79,000 to 152,000 (a 92-percent increase).

In 2007, UNESCO took the extraordinary step of placing the islands on its List of World Heritage Sites in Danger in response to a variety of threats, including unrestrained tourism and population growth. The islands were removed from the list in 2010; but in July 2016, UNESCO once again rang the alarm bells by releasing a State of Conservation Report that cited Ecuador’s lack of a clear strategy to discourage rapid tourism growth as a source of grave concern. In response to the UNESCO report, IGTOA’s member companies voted overwhelmingly in favor of adopting an official position statement on tourism growth in the Galapagos Islands in October 2016.  Among other things, the statement calls for the continued stringent regulation of ship-based tourism in the islands and for land-based tourism to be as carefully controlled.