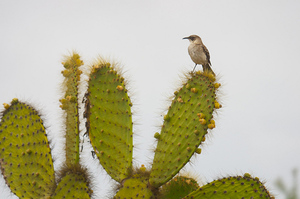 There’s something very special about Ecuador that sets it apart from all other nations: it was the first country to recognize the rights of nature in its constitution, newly ratified by the majority of Ecuadorians in September 2008.

Most nations treat nature as property. But under the law in Ecuador, Rights of Nature articles acknowledge that “Nature, or Pacha Mama, where life is reproduced and occurs, has the right to integral respect for its existence and for the maintenance and regeneration of its life cycles, structure, functions and evolutionary processes.”

Now, however, according to a new report, half of that nature is in danger of disappearing.

Half of Galapagos wildlife species could soon be gone 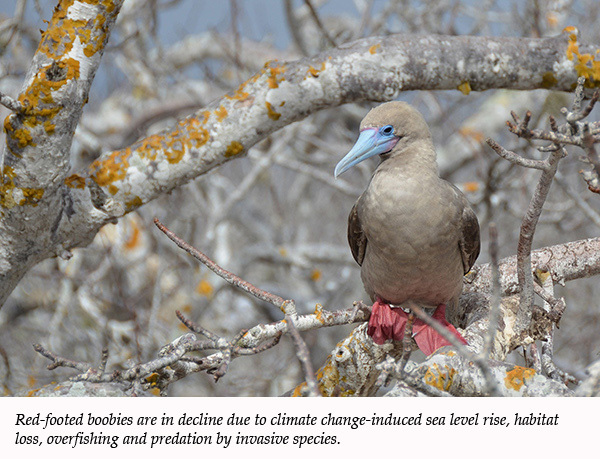 On March 14, 2018, World Wildlife Fund (WWF), Australia’s James Cook University and England’s University of East Anglia published a report titled Wildlife in a Warming World that stated that as much as half of all the wildlife species and 60 percent of the plant species in the world’s most biodiverse areas could be at risk of extinction by 2100 if stronger efforts aren’t taken to combat climate change. The Galapagos Islands are one of those named, biodiverse regions.

The recent study warns that rising temperatures and associated phenomena—such as prolonged droughts, erratic rainfall patterns and extreme storms—could have disastrous effects not only on the Galapagos Islands but in the Amazon River Basin, in southwestern Australia, and on Caribbean and European coasts. 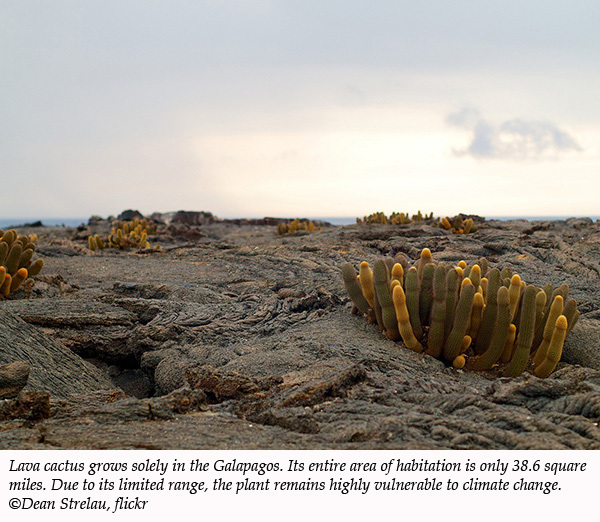 To conduct the study, researchers examined the impact of climate change on nearly 80,000 species of plants and animals in 35 of the world’s most naturally rich areas—WWF’s “Priority Places”—which include the Galapagos. They tested for three scenarios:

1) a 2-degree Celsius rise in global temperatures above preindustrial levels, the upper threshold stated in the Paris Agreement, and warming does not increase thereafter;
2) the 3.2-degree Celsius increase that the United Nations warns is now the estimated forecast for the end of this century; and
3) a 4.5-degree Celsius jump that will occur if carbon emissions continue to rise unchecked from current rates (the “business as usual” scenario). The authors note that even though this acts as the “worst case” in this study, a higher level of climate change is possible by 2100.

Results showed that if global temperatures rose by 3.2 degrees Celsius, 60 percent of plant life and 50 percent of wildlife in the Priority Places could be lost. If temperatures should rise by 4.5 degrees Celsius, that risk increases dramatically; and it would be catastrophic for the fauna and flora in particularly vulnerable areas, such as the Miombo Woodlands in southern Africa, where 90 percent of amphibians and 80 percent or more of birdlife, mammals and plants could vanish.

The rights of nature could soon be irrelevant

There is some hope. The study’s authors conclude that there are two methods by which this ecological toll might be reduced. One is dispersal, or allowing species to migrate to new, less vulnerable territory. Using this strategy, extinction could be decreased by 20 to 25 percent—if global temperature increases are kept to 2 degrees Celsius. The other, and more effective method, they say, is mitigation, or curtailing greenhouse gas emissions more ambitiously than we’re currently cutting them back to minimize temperature increases. Unfortunately, even under a best-case mitigation scenario, many parts of the world would still be rendered uninhabitable to numerous species. 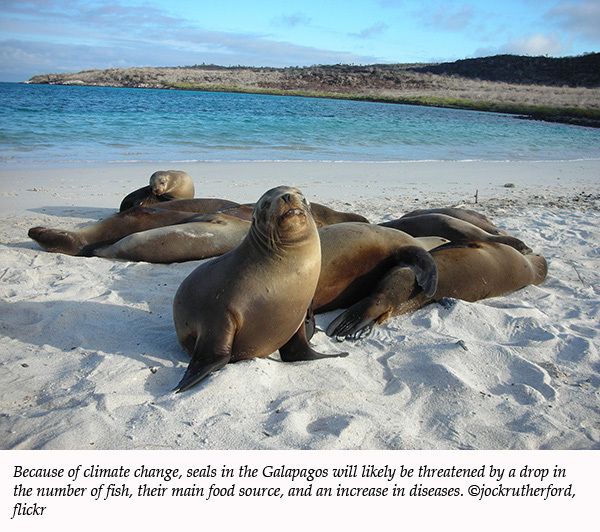 The words of Tanya Steele, chief executive of WWF, were telling, when she told the United Kingdom’s Independent newspaper: “Within our children’s lifetime, places like the Amazon and Galapagos Islands could become unrecognizable, with half the species that live there wiped out by human-caused climate change.”

In protecting our planet’s wildlife, I wish it were as simple as working to make other nations as enlightened about granting legal rights to nature as Ecuador is—even though that alone would be hard enough. But we have a much tougher fight first: making sure that those animals and plants are still around to fight for.

Feature image: Cacti are a major food source for many animals throughout much of the Galapagos. But during heavy rains, cacti can get waterlogged and topple over. The plants need long-term protection in this era of rapid climate change. ©Andrew Turner, flickr

David Wappler
about 3 years ago

Thank you, Candice, for your very relevant and very timely post. The Ecuadorian Constitution is an inspiration for positive action to stop the destruction.

Thomas Nesler
about 3 years ago

Rights of Nature? There are none. Rights are a human concept, made into reality and enforceable only by a human society. For the Earth's biota, survival and the opportunity to survive are mostly a question of fitness and adaptability. As a global society, we've already missed the best window of opportunity to alter our consumptive ways and the magnitude of estimated climate change. Feel badly for the generations that are going to inherit this ecological crisis.

Margaret Fusari
about 3 years ago

Nina Zapala
about 3 years ago

This quote breaks my heart but I'm so happy that you shared this article. "The words of Tanya Steele, chief executive of WWF, were telling, when she told the United Kingdom’s Independent newspaper: Within our children’s lifetime, places like the Amazon and Galapagos Islands could become unrecognizable, with half the species that live there wiped out by human-caused climate change." Thank you!

Steve Schmidt
about 3 years ago

The flawed idea that animals have rights diminishes arguments for wildlife conservation. Wildlife/animals do not have rights. Please do not repeat this assertion. Thank you.