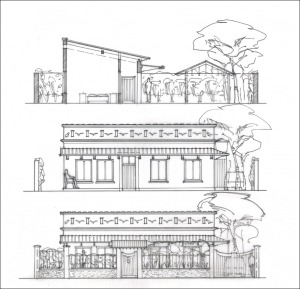 The Prince’s Foundation for the Built Environment recently announced that it will work with the community of Puerto Ayora, the largest human settlement in the Galapagos Islands, on the planned “El Mirador” housing development to help ensure that it is ‘sympathetic’ to the local environment.

The municipality had already approved the development, which will consist of approximately 1,000 homes. According to the foundation’s website, the Prince's Foundation was originally contacted by the Charles Darwin Foundation and the Galapagos Conservation Trust about their concerns over the impact of the development on the precious and fragile ecosystem of the Galapagos.

The foundation hosted a series of community workshops this summer and now plans to advise local officials on how create more housing and accommodations for tourists while minimizing negative impacts to the environment. The foundation has produced an “architectural best-practice guide,” which sets out information on building codes and energy efficient housing, while considering the overall impacts of construction on the local eco-system and communities within the area.

The foundation’s design for the houses includes solar panels; large porches to cool air and dispense with the need for air-conditioning; cisterns to collect rain for re-use; and green sewage systems.

Hank Dittmar, the foundation’s chief executive, said: ‘Given the decision of the Galapagos government to approve development, the Prince’s Foundation is looking forward to showing that people and nature can co-exist in a harmonious balance. ‘If we’re to avoid damage to the incredibly important environment and ecosystems of the Galapagos, we need to plan growth so as it makes the place more sustainable into the future – not less.’