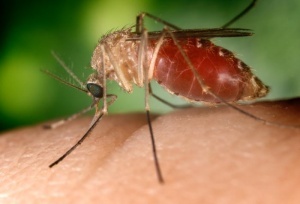 The wildlife of the Galapagos Islands could be at risk from West Nile virus unless stringent biosecurity measures are strictly enforced, according to a recent study published in the American Journal of Tropical Medicine and Hygiene.

Researchers reached this troubling conclusion after determining that mosquitoes that were accidentally introduced to the islands in the 1980s are capable of spreading the virus, which most commonly infects birds, but can also be spread to reptiles and mammals, including people.

Although the virus has not yet reached the islands, scientists are concerned that if it does it could wreak havoc on many of the islands’ iconic and fragile animal populations. After the virus arrived in New York in 1999 it rapidly spread across the US, leading to declines in the populations of several bird species.

According to Gillian Eastwood, a researcher at the Institute of Zoology, 'The situation in North America demonstrates the potential risk. A lot of the islands' wildlife has also evolved in isolation, so animals likely haven't built up much immunity to new diseases like West Nile virus.’

The virus, which originated in Africa, has spread around the world and is now found six continents, thanks to increased air and boat travel around the world. The virus is now in South America, though it is unknown whether it has reached Ecuador, the gateway to the Galapagos Islands. While no cases of West Nile Virus have been found in the Galapagos, recent studies have shown that a type of mosquito (Culex quinquefasciatus) that could be carrying the disease has reached the Galápagos on airplanes.

Eastwood, along with colleagues from the New York State Department of Health, the University of Leeds and the Zoological Society of London (ZSL), measured how well the C. quinquefasciatus mosquitoes in the Galápagos could pick up and transmit West Nile virus in lab conditions mimicking those found in the wild. Their results confirmed that the mosquito can indeed carry the virus. 'There's no doubt that West Nile virus poses a serious threat to the survival of the Galápagos' iconic wildlife,' says Professor Andrew Cunningham from ZSL.

The solution, according to Eastwood, is to prevent C. quinquefasciatus mosquitoes from reaching the Galapagos. 'The main thing is to stop invasive species like mosquitoes getting to the islands in the first place. Tourism is great for the local economy, but biocontrol needs to be taken very seriously,' she says.

According to Professor Andrew Cunningham from the Zoological Society of London, 'We now know that mosquitoes capable of carrying West Nile virus have a route onto the Galápagos, and once there, the virus could also spread into the local mosquito population. This means there is potential for large impacts on endemic species. There is no doubt that West Nile virus poses a serious threat to the survival of the Galápagos' iconic wildlife.'

The reports suggests that strict insect control measures on aircraft and ships moving between the mainland and islands, need to be performed on mainland Ecuador to prevent the disease from reaching the islands. Flights that arrive into the Galápagos are fumigated, but not all transport to the islands is. 'It's important that all incoming transport is included, like military aircraft and boats for example,' says Eastwood.

Visitor numbers to the islands have increased from 41,000 in 1991 to more than 160,000 at last count. The growing human population of the Galapagos Islands, now at 23,000, has also resulted in increased air traffic to and from the islands.