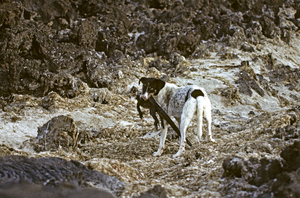 IGTOA recently donated $2300 to the Galapagos Biosecurity Agency to conduct emergency pet sterilization campaigns on the islands of Isabela, Floreana, and Santa Cruz.

The goal of the sterilization campaigns is to reduce the threat that free-roaming pets pose to wildlife of the Galapagos Islands. IGTOA's donation is funding two teams of veterinarians from the non-profit Darwin Animal Doctors who are providing spaying and neutering services to pet owners free of charge. To date, over 150 dogs and cats have been sterilized as a result of IGTOA's support, with further sterilizations scheduled in the coming weeks.

According to Godfrey Merlin, a biologist and conservationist based in the Galapagos Islands, “Dogs and cats are very successful predators. As such, they put constant pressure on the wildlife and the environment of human-inhabited islands, such as Isabela and Floreana. We must be vigilant in our efforts to control them. Without support from IGTOA and its member companies this important initiative would not have been possible.”

He added that similar sterilization programs in the past have been successful at reducing dog and cat populations and that educating villagers about the problem is crucial to keeping the problem under control.

As part of the sterilization program, vets will be compiling data on the presence of diseases in the dogs and cats being sterilized, in order to better understand the prevalence and nature of the diseases they carry. A disease of particular interest, according to Merlin, is Canine Distemper, which may have the potential to infect endangered Galapagos Seal Lions and has caused widespread mortality among sea lion populations in central and northern Europe.

The Charles Darwin Foundation estimates that there over 1,400 invasive species in the Galapagos Islands, a UNESCO World Heritage Site and the inspiration for Charles Darwin's theory of evolution. Experts have warned that invasive species pose a serious existential threat to many of the endemic species that inhabit the islands.

Since it was founded in 1996, IGTOA and its member companies have raised over $600,000 to support Galapagos conservation efforts, many of which have been focused on reducing the impact of invasive species. In 2012 and 2013 IGTOA contributed $50,000 to an initiative spearheaded by the non-profit WildAid designed to improve the current shipping and quarantine system between mainland Ecuador and the Galapagos archipelago. The initiative includes improving mainland and island port facilities, training biosecurity personnel, and strengthening cargo handling procedures and cargo vessel standards.