IGTOA in Action: Combating Invasive Species in the Galapagos Islands 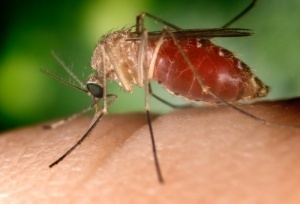 Invasive species pose perhaps the greatest threat to the survival of the unique and irreplaceable ecosystems and species of the Galapagos Islands. And cargo shipments from the mainland are one of the primary ways new invasive species reach the Galapagos.

That's why IGTOA members voted last year to give $25,000 to WildAid, a highly respected international conservation organization, to help fund and implement major improvements to the shipping supply chain from the mainland of South America to the Galapagos Islands and within the Galapagos archipelago itself. Specifically, we provided funds that will allow WildAid to hire and pay a biosecurity expert and purchase new biosecurity equipment, both important components of their plan. The biosecurity equipment we are helping to purchase includes x-ray equipment, ethylene meters, disinfection nebulizers, and microscopes.

When complete, these improvements will greatly reduce the risk that new invasive species will reach the Galapagos via contaminated and improperly stored and inadequately inspected cargo from the mainland.

To learn more about this exciting project scroll to the bottom of this email and read our interview with WildAid's Oswaldo Rosero.

Most of the funds that IGTOA provided were raised through our Traveler Funding Program, a unique traveler philanthropy initiative that encourages travelers to donate to critical conservation initiatives in the Galapagos.

According to the Charles Darwin Foundation, there are close to 1,400 registered introduced species in the Galapagos today. Wild blackberry, one of the most destructive introduced plant species, now covers 12% of the Galapagos archipelago and has lead to the destruction of over 99% of the endemic Scalesia forests on the islands of Santa Cruz and Isabela. Scalesia forests are the native habitat of the Galapagos Giant Tortoise.  Efforts to control the spread of wild blackberry have been unsuccessful thus far.

Philornus Downsi, a species of fly, is another highly destructive invader that lays its eggs in birds' nests and the parasitic larvae feed on nestlings. The critically endangered Mangrove Finch, which has a small population of just 100 surviving individuals, all on Isabela Island, may face extinction due to this threat. If this happens, it will be the first known extinction of a bird species in the Galapagos.

Now imagine the impact that mosquito-borne illnesses such as West Nile could have on Galapagos wildlife if allowed to reach the islands. Late last year, the American Journal of Tropical Medicine and Hygiene warned of this risk becoming reality if better biosecurity measures aren't enforced.

As you can see, the impacts of invasive species are real and immediate and the consequences for the Galapagos may be dire if the problem is not dealt with effectively and soon. That's why IGTOA and its members support critical conservation projects like this one. You can do your part by traveling to the Galapagos with an IGTOA Member company.

IGTOA recently caught up with Oswaldo Rosero, WildAid's Director of Operations in Ecuador and a presenter and special guest at our member meeting in Guayaquil, Ecuador in June. We wanted to find out how the quarantine and cargo handling initiative that we supported is going so far.

WildAid: UNESCO identified invasive species exposure as the number one threat to the Galapagos ecosystem and this situation, among others, led them to classify the Galapagos as a 'patrimony at risk.'  As a result, they suggested that organizations working in the islands prioritize projects that address the prevention of the arrival of invasive species, by implementing a biological barrier at the origin of entry.  Maritime cargo boats were identified as the 'weak link' in the trafficking of marine species. By 2008, there was no tangible program or project focused on addressing the situation, and WildAid performed an assessment that showed us that the existing quarantine system was being bypassed.  It was clear to us that maritime cargo transportation presented great risk to the islands' ecosystems and fell outside of existing environmental standards.

After determining that the arrival rate of exotic species was not diminishing, we began a discussion with government authorities, including the Galapagos Government Council, the Galapagos Quarantine Inspection Service and the Ministry of Transportation.  At that time, we all agreed that WildAid would provide technical support to this project.

IGTOA: How is the project coming along? What's been done and what's left to accomplish?

WildAid: We have made a number of measurable achievements so far. First, the government in Guayaquil has designated a lot for a new specialized marine terminal for Galapagos-bound cargo ships, where they will implement a first-line quarantine inspection. We are currently working on elaborating the title of the lot, preparing layout blueprints and analyzing the bathymetry of the waterfront. The Ecuadorian government has committed to financing the infrastructure needed for the system, both in Guayaquil and in the Galapagos.

Second, on Dec. 31, 2010, with the support of WildAid, the Ecuadorian government passed a new regulation that forces all cargo ships that work on the Galapagos route to comply with international environmental management rules (ships must obtain a certification from a classification society) and to accept periodic international auditing performed by IACS (International Association of Classification Societies) entities.  This dictate included major changes in procedures at ports. Insurance rules for those ships were also affected since, according to IACS, they are now liable for environmental impacts that could occur to the shores and oceanic regions within the Galapagos Marine Reserve.

Finally, a new transport system for the Galapagos has been proposed to the Galapagos Government Council and Ministry of Transportation and is currently under review. This proposal recommends the construction of a hub terminal in the Galapagos (a single point of unloading), allowing for more effective inspection procedures at both origin and destination.  Cargo distribution will be done by road in Santa Cruz and by barge to Puerto Villamil and Puerto Baquerizo. A cost-benefit analysis has shown the effectiveness of this approach.

WildAid: Currently we have two full time specialists working on the project: Mr. Kleber Cervantes and Miss Laura Brewington. Mr. Cervantes is a qualified expert in maritime transportation under bio safe standards and Miss Brewington is a PhD with past experience in species eradication in the Galapagos. We have also hired Mr. David Reeves and Mr. Charles Miller, former APHIS (USDA Animal and Plant Health Inspection Service) inspectors and instructors.  Mr. Reeves and Mr. Miller have implemented first-line quarantine systems outside of the U.S. to cope with threats associated with fruits and vegetables being imported from foreign countries.

We have not yet entered into the equipment-provisioning phase since we need to first finish the training program.

IGTOA: What role do you think the tourism industry and tourists themselves should play in helping protect and conserve the Galapagos Islands?

WildAid: The invasive species threat requires a holistic approach. History has shown that when protected areas are created and tourists begin to visit those areas, better management practices need to be implemented by local agencies. Tourism in and of itself is not the problem, and in fact, tourists can become a part of the solution.

Sustainable practices need to be pursued, and cooperation with government entities is crucial for the implementation of long-term solutions to ecosystem protection. Each tourist must become part of the system by understanding and complying with the quarantine rules and becoming the 'eyes' of organizations like ours. There is a very wide spectrum of biological threats, from microorganisms all the way up to plants and animals, and we can all be part of the solution.