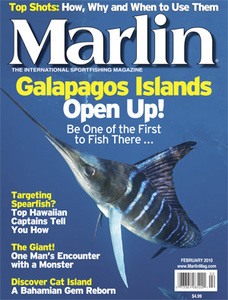 Tourism is the driving force behind the unprecedented change in the Galapagos during the last decade. All experts agree, it’s expanding at an unsustainable rate. The scientific and conservation communities say they can’t keep up.

Foreign tourist arrivals were down by 11% in 2009 after a long upward surge. But we can expect them to resume growth beyond their historic high of 173,000 in 2008. (After September 11, for instance, there was a slight drop in Galapagos tourism, but then it quickly rebounded.)

Historically, tourism in the Galapagos has been viewed as a way to protect the islands against outright exploitation. More and more, however, we are understanding its serious impacts:

The growth problem is compounded by the lack of a shared vision, and lack of effective governance, on the quantity and quality of tourism that best fits the Galapagos.

A labyrinth of institutions, governing bodies, municipalities, and ministries ensure that that loopholes and outright flaunting of regulations (where they exist) are common.  Without shared vision, planning, and control, the islands are wide open to blind market forces.

It recalls the deregulation of the US economy, which opened the system to exploitation by those with little interest in long term preservation or concern for the general welfare.  One good example of this in the Galapagos:

Sport fishing in the Galapagos is a graphic example of how unmanaged tourism growth and lack of governance are impacting the islands and marine reserve.

Over the years, the Park has repeatedly declared sport fishing to be illegal, while in reality this open secret has continued to grow. (IGTOA reported on this in 2005, when a sport fishing tournament was advertised for San Cristobal.)  Its most recent proliferation is due to a new tourist activity known as Pesca Artisinal Vivencial, or “artisanal fishing.”

In an effort to give local fishermen an alternative livelihood and to reduce pressure on fisheries, the government decided to allow some fishermen to take tourists out on their boats. The idea, to see how locals worked and lived, and catch a fish if they wished - cultural tourism.

A sport whose intent is to lure and catch wildlife goes completely against the history, purpose, and spirit of Galapagos tourism.

Now, sport fishing companies are using artisanal fishing as a smokescreen to legitimize their business. For some reason, the Park has not intervened, even recently when another tournament was held. IGTOA and other NGO’s signed a petition against it, and there is outrage by many that it continues to be advertised and sold.

Sport fishing may or may not harm marine ecosystems, depending on how it is done. (In the Galapagos, there is absolutely no regulation, oversight, or monitoring.) However, a sport whose intent is to lure and catch wildlife goes completely against the history, purpose, and spirit of Galapagos tourism, where nature is literally left untouched and is simply observed and appreciated. This is a concept changer for an archipelago that serves an example to the rest of the world.

Although one can still visit the islands and have a wonderful experience, there is no doubt that the image of the Galapagos has been tarnished in recent years. Certainly, sport fishing will further tarnish the reputation.

These days, tourism is usually portrayed as the villain, and even the idea of visiting the islands is sometimes discouraged.

In recent years, the media has been replete with articles entitled, “Please Don’t Go,” “Overcrowding, mismanaged tourism threaten Galapagos Islands,” “Galapagos expels citizens as a flood of tourists threatens islands.” A recent book is titled: “Galapagos at the Crossroads: Pirates, Biologists, Tourists, and Creationists Battle for Darwin’s Cradle of Evolution.”

Although there are many excellent boats and guides, there has in fact been a discernible drop in overall quality. This is especially true in the past few years with the advent of new modes of tourism. (see below)

Sport fishing is one manifestation of a larger issue, on which IGTOA members need to focus. The issue is the unprecedented growth of land based tourism, which has few rules, boundaries, or limitations.

Land based (”island hopping”)tours have grown for several reasons:

Galapagos is expensive, and many can’t afford a live aboard boat cruise.  So there’s a steady and growing demand for lower priced options to visit the islands. toursignLive aboard cruising is not for everyone, and there is an appeal to staying on land and exploring on shorter boat trips. Tourism by Ecuadorians is also growing. Some of it is nature tourism, but most is traditional leisure tourism. Finally, there is a desire by the local population to participate in tourism, and people have devised new ways of doing this.

Impacts of Land Based Tourism

In the age of internet marketing, tour suppliers are able to short circuit the booking chain, away from those who can offer experience, monitoring, and advice. Travelers looking for inexpensive ways to visit the Galapagos can book directly, or just fly out to the islands and shop around.

Land based tours add a whole new layer onto a live aboard boat system that has served the islands well, and that has evolved a strict set of rules and guidelines.

Land based tourism may not be bad in itself. But unchecked, open ended, unregulated tourism is. And perhaps more than any other factor, it is affecting the quality of the traveler experience and the public image of Galapagos tourism. A recent posting on TripAdvisor:

“We also did a land tour arranged via [the tour company] and were very disappointed. At this time I would say Galapagos isn’t ready for land tourism…”

Boat vs. Hotel Capacity: Between 1991 and 2006, the number of hotel beds increased by 90%, more than the 76% increase in the number of boat berths. Now boat capacity is capped, but hotel capacity is not. It reportedly exceeds that of boats and is growing. Hotels, of course, are permanent structures.

In Puerto Ayora right now, six hotels are being built, none with permits from the local municipality and the Ministry of Tourism. There are no codes, zoning, limits, plans. In the village of Puerto Villamil on Isabela Island, the number of visitors has reportedly gone from 5,000 to 25,000 in the past six years. One hotel on Isabela is actually built partially on park lands.

Illegal Tour Operations: The growth of land based tourism, which fuels hotel construction, has been accompanied by an increase of local tour operators. An investigative report last month in the newspaper El Universo begins, “In Galapagos there are 134 licensed boats for sightseeing, but at least another 102 are working illegally…”

Statistics may vary, but no one disputes that there are many ad hoc operations patched together with local boats and inexperienced “guides.” Standards of guiding and safety are low. Some of these tours illegally go to designated Park visitor sites.

One can argue that outside tour companies, such as IGTOA members, are responding to demand, not creating it. On the other hand, many companies extol the virtues of land based tours and are in this way helping to spur interest. To the extent that  land based tours are within reasonable limits, use licensed local operators, and monitor quality and impacts, it may be sustainable. To the extent that travel companies are pushing this as an option, without due diligence, without thought to permanent negative impacts, and without a call for limits and controls, we are part of the problem.