The Galapagos National Park Fee is Set to Increase: Here's Why it's a Good Idea 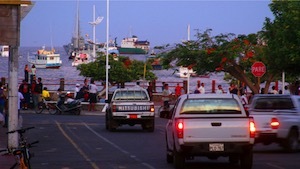 On August 22nd, the Governing Council of Galapagos issued a press release announcing that it has started a process to implement an increase in the Galapagos National Park entrance fee. According to the release, the deadline for determining the new fee is December 31, 2019 and it will take effect one year after the new amount has been officially approved.

IGTOA's member companies voted to ratify an official Tourism Growth Position Statement in October, 2016. The statement stated our support for an increase in park fees as a way to help curb explosive tourism growth while maximizing the benefits of tourism to the local economy.

A recent survey sent to IGTOA member companies concerning the proposed increased revealed strong support for the measure. Eighty-six percent of respondents indicated that they support increasing the fee, fourteen percent said they weren't sure, and no members expressed opposition to an increase. Seventy-seven percent of respondents support at least doubling the fee to $200. Twenty-eight percent favor increasing the fee to $300 per person and fourteen percent support increasing it to $400 per person.  Today, IGTOA's support for an increase to the fee was featured in a New York Times article.

While there is no word yet on what the fee will increase to, there is a strong argument to be made that a substantial increase to the $100 per adult fee (for most non-Ecuadorian visitors) is long overdue:

In the coming weeks, IGTOA will submit a letter to the Governing Council of Galapagos voicing our support for an increase in the park fee based on our official Tourism Growth Position Statement.