IGTOA Member CNH Tours Raises over $54,000 to Help Support the Crew of the Samba. You Can Help, Too! 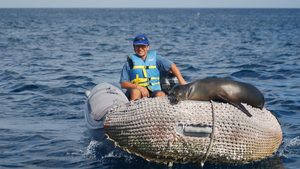 Many people have been struggling since tourism to the Galapagos Islands was shut down in mid-March due to the COVID-19 pandemic. Tourism accounts for 70% of the Galapagos economy and it directly and indirectly supports the livelihoods of almost all of the archipelago’s 30,000 residents. With no tourism, thousands of people were suddenly cast out of work, with few or no options to support themselves and their families for the foreseeable future.

Ottawa-based CNH Tours specializes in Galapagos cruises and charters the 16-passenger M/Y Samba for a good part of the year. In late May, Laura Sebastianelli, a past guest who had booked a Galapagos cruise aboard the Samba through CNH Tours reached out to owners Heather Blenkiron and Marc Patry, who is an IGTOA board member, to see if there was anything she could do to help out the yacht’s crew during this difficult time. 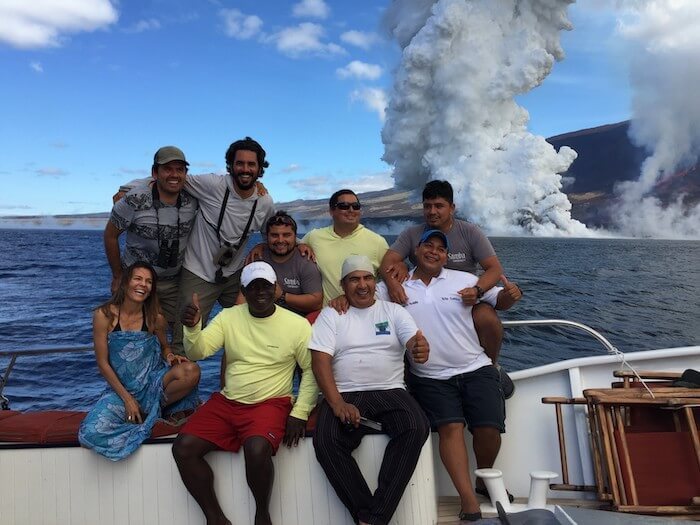 Soon, Laura and CNH Tours had organized a GoFundMe campaign.  In just about four weeks, the campaign had raised over $54,000 from 317 individual donors. Another travel company, Cheeseman’s Ecological Safaris, which also charters the Samba for two weeks a year, also got involved and got the word out to their past guests, some of whom donated up to $1,000 each, and they are now initiating their own independent fundraiser for the Samba's crew. As per the fundraiser’s intent, all proceeds are destined for the Samba’s employees – from crew to guides to office staff. The sum will be divided into 16 and wired directly into their bank accounts. According to the Samba’s owner, who has been facilitating things at his end, it takes about $500 per month to feed the average family in the islands. These funds will thus help keep food on the table for 16 families for several months. 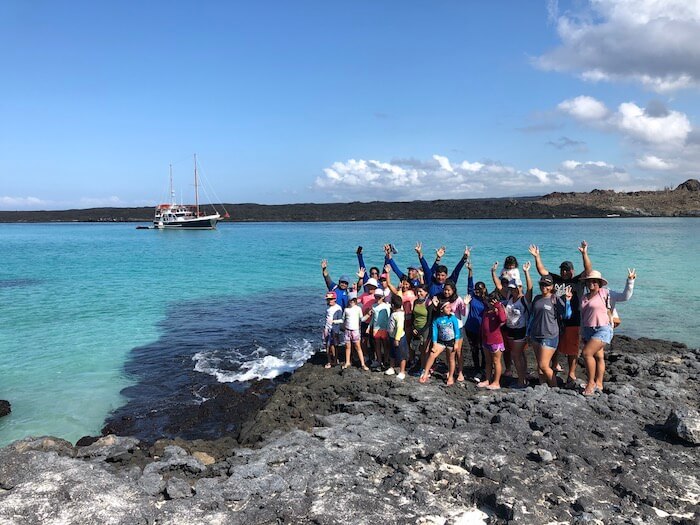 Blenkiron and Patry say that setting up the campaign was simple and it has made a real difference in the lives of the Samba’s 16 crew members and that other Galapagos tour operators should consider doing the same. Here’s how they did it:

1. Identify the people you want to help.
CNH Tours picked the Samba because they charter the yacht frequently and have great relationships with its owners, guides and crew. If your company has an especially close working relationship with a particular yacht, cruise operator, hotel or local tour operator, start there. Blenkiron says she thinks their campaign was so successful because many of their guests had traveled aboard the Samba and had a real affinity for its crew. She said the messages of hope to the crew from their past guests was one of the most inspiring and gratifying things about the whole process. She also says that the more specific you can be about who your campaign is helping the better. So pick a particular yacht or property rather than being general or vague about it.

2. Set up the Campaign.
There are obviously a lot of different online fundraising platforms. GoFundMe is one of the best known and it’s easy to use. CNH Tours’ campaign was set up by Sebastianelli because CNH is based in Canada, but many of their guests are from the US. They feared that the conversion of donations in US dollars to Canadian dollars might be confusing and could hinder donations.

3. Get the word out.
CNH Tours sent out a single email to its past guests dating back to 2014 and a follow-up update two weeks later and raised over $54,000. Facebook, Instagram, Twitter and other social media platforms are obviously another great way to get the word out about your campaign. Blenkiron says that their past guests truly appreciated the effort and the opportunity to help out.

4. Wire the funds.
CNH Tours opted to wire the funds directly to crew members. This takes a bit more work than wiring it to the cruise operator, but it’s a good way to ensure the funds wind up where they are supposed to be and allows CNH Tours to have a transparent paper trail that can be verified by their accountant for the Canadian Revenue Service, the crew and their guests.