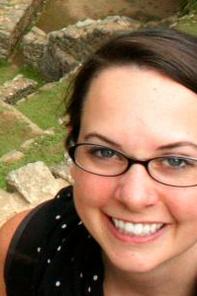 A wildlife enthusiast from the very beginning, Erin joined Adventure Life in 2011 and has worked with the Galapagos Islands ever since. Following a dream to interact with as much wildlife in as many places as possible, Erin has kayaked with penguins and leopard seals in Antarctica, swam with Manta Rays in Hawaii, snuggled with koalas in Australia and, her personal favorite, snorkeled with sea lion pups in the Galapagos. Of all the places she's been, the Galapagos remains the one place she wants to visit time and time again. Prior to her work at Adventure, Erin received a BA in Communication from Aquinas College and spent several years traveling the world with the Missoula Children's Theatre. When not in the office, Erin wrangles two small children and a giant dog through the mountains of Montana, hoping to instill the same love of wildlife and nature in them that she herself carries every day.

« Back to board members